This spread could change significantly in the next few days as the Browns’ locker room has been the target of a CoVid-19 outbreak that could leave stars such as Baker Mayfield and Jarvis Landry sidelined this weekend. However, whether or not they play, I still like the Raiders to cover and even win outright.

Las Vegas was destroyed last week against Kansas City, suffering a 48-9 blowout this past Sunday. Playing without top receiver Darren Waller didn’t help, but the Raiders made several mistakes that led the Chiefs to stake an early lead and cruise the rest of the way.

One of my go-to bets is siding with teams coming off embarrassing losses. The Raiders are in such a position this week. Add to the fact that the Browns have struggled mightily on offense this season, even when healthy, and I’m confident the Raiders will put enough points on the board to hold Cleveland at bay. Take the points.

***Update*** – As predicted, the spread has shifted in the Raiders’ direction as they are currently now -1 favorites. I’m still sticking with Vegas to win outright and cover.

The Titans received a bit of optimism this week when word came out that top RB Derrick Henry may be back for the playoffs or sooner. Fortunately for the Steelers, that will not be this week. The Titans also remain without No. 1 wideout A.J. Brown. They will have to rely on Julio Jones to step up against a Steelers’ defense that is edging to redeem themselves a week after allowing the Minnesota Vikings to run up the score early on them. In that Thursday night contest, the Steelers’ defense allowed RB Dalvin Cook to run all over them and WR Justin Jefferson to explode on offense even though WR Adam Thielen could not suit up for the matchup.

The Steelers are playing in desperation mode, and head coach Mike Tomlin will be sure to have his team ready for this game, given what’s on the line. Big Ben looked like a shell of his former self last week but still led his team on a near incredible comeback after being down by 29 points at one point. Though they fell short on a game-expiring dropped TD pass, look for Pittsburgh to take advantage of the short-handed Titans and secure the win to keep their playoff hopes alive.

I’ve never been a fan of placing bets with a double-digit spread in football, at least on the favorite, but I am going to do so here. Sure, there’s always the chance for a garbage time score that ruins any chance of the favorite covering. However, I don’t think the spread is high enough in this case.

For anyone who thought the Panthers would be revitalized once QB Cam Newton made his superhero return, you have been severely let down. Newton has struggled mightily under center, forcing Carolina to turn to PJ Walker at times to take the direct snaps. To make matters worse, the Panthers lost the heart and soul of their offense, Christian McCaffrey, to a season-ending injury. Carolina is simply not the same team without the five-tool RB, and their offense suffers greatly when he is off the field.

This past weekend, the Bills were close to an epic comeback against the Bucs. Yet, after battling back to force OT, they watch Tom Brady work his immortal magic and toss a game-winning TD pass to seal the victory. Coming off back-to-back losses, I like the Bills to turn up the heat and beat down on the struggling Panthers, who just allowed the Falcons to stomp over them. This could be an early blowout as the Bills have handled inferior teams like the Jets and Dolphins this season. Lay the points.

My strategy with the Broncos has been to back them against below-average teams and bet against them when facing above-average squads. That qualifies this weekend when the Bengals travel to Denver for an afternoon showdown.

Denver won handily against a depleted Lions squad this past weekend, but they will have a much tougher matchup against the Bengals on Sunday. Unlike the anemic Lions’ offense, the Bengals boast several offensive weapons with RB Joe Mixon and WRs Ja’Marr Chase, Tee Higgins, and Tyler Boyd.

The Bengals are coming off a tough OT loss to the Niners. Still, they will need to shake the defeat quickly as the battle for a Wild Card spot remains competitive and thin. There’s no room left to squander opportunities for wins, so you can expect QB Joe Burrow and company to be ready for this contest. Take the points but don’t be surprised if Cincinnati scores the outright upset.

Aaron Rodgers has played like the perennial MVP candidate he is all season despite a toe injury. According to many Power Rankings, the Packers enter this weekend as the top team in the league – and deserve the designation by all means. On paper, this matchup with the Ravens appears to be the most formidable opponent they have played since defeating the Rams a few weeks back. However, with the amount of season-ending injuries to key players on Baltimore’s defense and the questionability of QB Lamar Jackson’s status for this weekend, the Ravens are not near as intimidating as they were to begin the season.

Rodgers thrives in these kinds of situations on the road in hostile environments, and I expect this week to be no different. The Packers are rolling and will want to sustain the momentum to secure the first-round playoff bye as the #1 seed. The Ravens have been prone to step up against superior opponents, defeating the Chiefs and the Chargers earlier this season. Still, with the number of injuries on their roster, they may not have the depth they need to stay on pace with Green Bay. Lay the points 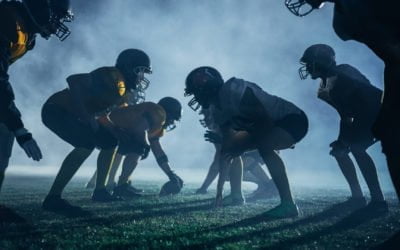