I was 10-6 ATS overall last week again, but I repeated my 2-3 record ATS for my best bets. If the Rams did not blow a 28-3 cover last Sunday, we would have been over the .500 mark in our top picks. Still, Week 3 is here, so let’s turn that into a winning number this week.

Chargers -7.5 over Jaguars
After suffering a fracture to his rib in a loss to the Chiefs, it appears Justin Herbert will be ready to compete this weekend at home against Jacksonville. All signs also indicate Herbert will get his top weapon back as well, WR Keenan Allen, who missed last Thursday’s game in Kansas City. When healthy, this offense is among the most vigorous in the league and can wreak havoc on opposing defenses.

Jacksonville, meanwhile, is fresh off a shutout against the division rival Colts. Granted, the Colts missed several key players in the contest, notably WR Michael Pittman and LB Shaquille Leonard. Still, credit is due, and second-year QB Trevor Lawrence had the best game of his career in the contest. However, the Chargers’ defense is much more stout with a vicious pass rush and should bring the pressure to Lawrence.

I love the Chargers to win easily at home. While they had an impressive start to the year, Jacksonville will have to face its toughest competition. I expect Herbert to be back in form, and with Allen, Mike Williams, and Austin Ekeler at his side, this team should light up the scoreboard. Chargers win big.

Bengals -4.5 over Jets
Very few imagined the defending AFC Champions would begin the year 0-2, especially when their two opponents were more than beatable. After dropping the opener to the Steelers in OT, the Bengals lost to the Cowboys this past Sunday. This is the Cowboys squad that had no choice but to start Cooper Rush in place of Dak Prescott after Prescot went down with an injury in Week 1.

The Bengals still struggle to protect Joe Burrow, despite signing Alex Cappa, Ted Karras, and La’el Collins in the offseason. Fortunately, the Jets’ defense is nowhere near the talent of the Cowboys or Steelers’ defense, particularly the pass rush. Burrow will most likely be gifted with more time in the pocket, allowing him to connect with Ja’Marr Chase and Tee Higgins.

The Jets had their “Super Bowl” win last weekend with their improbable comeback against the Browns. I love fading teams coming off such an emotional win because there is a good chance they will fall flat the following week. I can’t imagine a scenario where the Bengals begin the season 0-3 and fall to the Jets this weekend. If that is the case, it will be panic mode for the Bengals. That being said, I love Cincinnati to regain their form this week. We are getting good value on the line since the Jets won in Cleveland. Bengals win by double-digits.

Lions +6.5 over Vikings
I’ve been high on the Lions since before the season began, and I will continue riding Detroit before too many people jump on the bandwagon. There is no question that the Lions are a top 5 offensive team in this league. Amon-Ra St. Brown continues to prove why he belongs in the category of elite WRs, while DeAndre Swift ranks among the top 5 RBs in total yards this season. Through two games, the Lions’ offense has generated 71 points, tied for the second most in the league – only one point less than the Buffalo Bills. If any team wants to beat the Lions this year, they better put up a minimum of 30 points to compete.

Meanwhile, the Vikings were embarrassed on national television, dropping a 24-7 contest to the Eagles on Monday night. To say QB Kirk Cousins struggled in the matchup would be an understatement. Cousins’ primetime woes continued as he threw three costly interceptions, including two in the endzone. The Vikings’ defense was horrific as well. Eagles WRs DeVonta Smith and A.J. Brown found wide-open holes all night, and Jalen Hurts turned in one of the best games of his career.

While I expect the Vikings to bounce back in this matchup, I don’t see Minnesota covering. The Lions are riding high on momentum and have too much firepower on offense to be silenced. The Vikings’ defense is nowhere near elite, and they will have trouble stopping St. Brown and Swift. I wouldn’t be surprised if the Lions pull out the upset, but I’ll take the points to be safe.

Commanders +6.5 over Eagles
Everyone is high on the Eagles’ bandwagon right now, for a good reason. Through two games, the Eagles are beginning to look like the team to beat in the NFC, albeit they have excelled against two porous defenses. Still, there’s no denying the chemistry QB Jalen Hurts has with his top two wideouts, DeVonta Smith and A.J. Brown. This week, the Eagles are now gifted with another favorable matchup against the Commanders in Washington.

The Commanders began the season with a win against Jacksonville, followed by a loss to Detroit. Despite dropping a game on the road to the Lions, the Commanders have been efficient on offense behind QB Carson Wentz. Wideouts Terry McLaurin, Curtis Samuel, and Jahan Dotson make up a fearsome trio, and Logan Thomas has the potential to be one of the top TEs in the game when healthy. Washington has the offense to keep up with the Eagles, but their defense is another issue. Still waiting for star DE Chase Young to return from injury, Washington’s defense ranks 27th overall in the least yards allowed per game. If they wish to pull off the upset, the Commanders’ defense must step up and stop the potent Eagles’ offense.

I don’t believe Washington will win the game, but they will cover. The Eagles will be playing on a short week, which could benefit Washington. If the Commanders start the game hot and get points on the board early, they will have enough to hang in the game. Commanders cover.

Panthers +2.5 over Saints
The Saints were one of my top picks to upset the Bucs last week, but thanks to some costly Jameis Winston turnovers and a lack of scoring on offense, Tampa Bay managed to win comfortably. Now, the Saints travel to face a desperate 0-2 Panthers squad, looking for its first win of the season.

Through two games, the Baker Mayfield experiment has failed thus far. However, there is still plenty of football to be played, and Carolina has shown improvement. Against the Giants last weekend, Carolina utilized the versatile Christian McCaffrey much more frequently in the offense, and it seemed to work at times. If the Panthers can continue to feed the ball to McCaffrey, he should be able to surpass 100+ all-purpose yards and find his way into the endzone. Relying on McCaffrey should take some of the pressure off Mayfield, especially since the offensive line has struggled in the first two contests.

The Saints, meanwhile, are still searching for their identity, following back-to-back offseasons of losing key figures in its franchise. Future Hall-of-Fame QB Drew Brees retired following the 2020 season, and longtime head coach Sean Payton left the organization after failing to make the playoffs last year. Fortunately for the Saints, WR Michael Thomas returned from missing the entire 2021 campaign and seems to have picked up right where he left off. New Orleans should also welcome Alvin Kamara back on Sunday after the dynamic RB missed Week 2 with an injury.

Many may consider the Saints a far superior squad than the Panthers, but their overall talent is closer than people think. The Panthers still possess an underrated defense and have the ability to force turnovers. Since Winston is notorious for throwing interceptions, this could be a favorable matchup for Carolina.

I like Carolina a lot this weekend, enough to make them one of my top picks. Head coach Matt Rhule will be playing for his job weekly now, and Baker seems more comfortable with the team. This is as close as a must-win for the Panthers, given they have to play, given their next four opponents include the Cardinals, 49ers, Rams, and Bucs. I’m siding with the home underdog here. 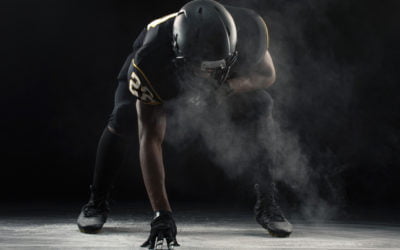