With the NFL season kicking off tonight, bettors will be flocking to cast their first wagers of the season. With so much uncertainty of which teams will have vastly improved compared to those who took a step back, it is not uncommon for the majority of the public to side with the favorites since they seem to be the safest bet of the weekend.

So which teams do we like to cover? Check out our top 3 picks below on which favorites are most likely to serve the betting public and cover over the weekend.

When Atlanta QB Matt Ryan takes the field Sunday, he will be missing star WR Julio Jones, who was traded in the offseason to Tennessee. However, bettors should not shy away from the home squad, especially against an Eagles team that went through an offseason of turmoil themselves.

Even without Jones, Matty Ice still has a phenomenal receiver core, led by Calvin Ridley and Russell Gage. Add in 4th overall pick TE Kyle Pitts to the roster, and Ryan should have no trouble racking up enough yardage to put points on the board.

The Eagles, on the other hand, kick off the season with much uncertainty, starting with second-year QB Jaylen Hurts, who takes over for Carson Wentz. While the jury is still out for Hurts after a shaky few starts in 2020, Philadelphia will also sport a roster of unproven young receivers, including 1st round pick DeVonta Smith who will be making his first career start alongside second-year wideout Jalen Reagor.

Look for Atlanta to capitalize on the inexperience of Philly’s offense and amp up the pressure early by putting significant points up on the board. The crowd at Mercedes Benz stadium will be raucous and ready for their team to “Rise Up,” which may be too much for the young Eagles squad. Lay the field goal for the home team.

The drama surrounding whether or not QB Aaron Rodgers would return to Green Bay before Week 1 dominated the offseason headlines for much of the summer. Yet, here we are, and No. 12 is back at the helm for the Packers. With last year’s offense still pretty much intact, including the return of WR Randall Cobb to the lineup, Rodgers and co. should have no issue moving the ball down the field against a questionable Saints defense. Davante Adams should have plenty of deep looks down the sidelines, and RB Aaron Jones will have his share of opportunities to carry the ball over the goal line.

The Saints enter Week 1 forced to play their home opener in Jacksonville due to the devastation caused by Hurricane Ida. Still, despite having to play away from New Orleans, the Saints are dealing with several issues, including the absence of star WR Michael Thomas who is out with an injury for the indefinite future. It also marks a new era at QB with Jameis Winston taking over for retired future Hall-of-Famer Drew Brees. Whether or not Winston will be able to resurrect his career under the guidance of Sean Payton is still up for debate, but he will have to do so against an intimidating Green Bay defense that has improved since last season.

Even if this game were in New Orleans, it would be hard to pass on the Packers. Rodgers has extra motivation coming into the season and should turn into another MVP-caliber campaign. Add the uncertainty of how the Saints offense will operate under Winston, and the Packers should win this game easily by a TD or greater.

Both teams will see new QBs behind center when the Bears take on the Ram in Los Angeles on Sunday night. For Chicago, veteran QB Andy Dalton will start for the Bears after moving on from Mitch Trubisky, while the Rams will turn to newly acquired QB Matthew Stafford after trading away Jared Goff to the Lions.

Although Stafford solidified his role at QB, Dalton will have to deal with the clamors from fans for rookie QB Josh Fields to take over the starting role as early as possible. Though Dalton did a respectable job filling in for Cowboys QB Dak Prescott last season, he will have to prove he can lead Chicago back to the postseason as fans will soon be signaling for a QB change if he fails to secure wins.

Stafford, meanwhile, joins a team filled with receiving talent in Cooper Kupp, Robert Woods, and Tyler Higbee. Los Angeles should have no trouble moving the ball downfield, especially with Darrell Henderson Jr. and Sony Michel in the backfield.

While the Rams have enough arsenal to put up significant points, Chicago will struggle against LA’s potent defense led by Pro-Bowler Aaron Donald and Jalen Ramsey. I wouldn’t be surprised if things got out of hand quickly at SoFi Stadium. It may seem like many points, but the home team should have no trouble covering on Sunday Night Football. 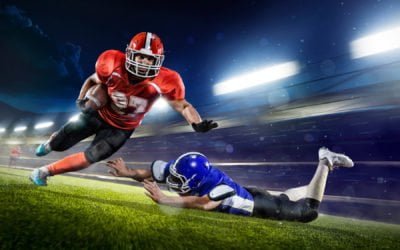 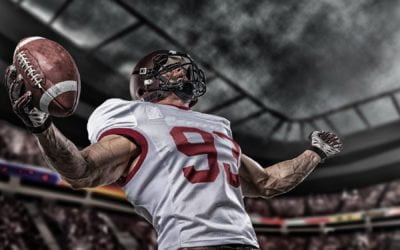 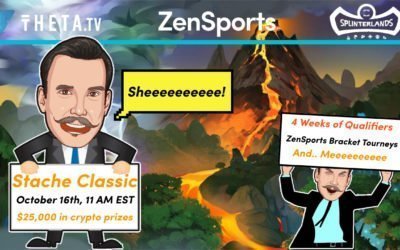