Week 14 was full of action and Sunday’s games capped off an exciting week with: the Los Angeles Lakers coming back from a 25-point deficit on the road against the Trail Blazers to win, the OKC Thunder winning another game thanks to a game winner from SGA and we saw Kyrie Irving get buckets on the Warriors in their building. The Boston Celtics, Denver Nuggets and Memphis Grizzlies have continued to rack up wins to stay atop their respective conferences. The 76ers just went 5-0 on their road trip and are now in second place in the East while the Sacramento Kings have gone 7-3 in their last ten and are now surprisingly sitting in third place in the wild Western conference but will that land them on this week’s rankings?

These are my power rankings based on games played through 1/22/2023.

The Celtics are sitting on a nine-game win streak and are back in the number 1 spot.  This past week they saw Jaylen Brown return to the line-up while picking up impressive wins against the Warriors in a finals rematch and then going on the road to Toronto and securing a win without their number one option, Jayson Tatum. Boston seems to have found their shooting stroke again and the offense is looking as potent as it did at the start of the season. Over this win streak the team has been ranked number one defensively as well.

If the Nuggets had won Sunday night over the OKC Thunder, they would have remained number one. It was impressive to see them win without Jokic being in the lineup against the Indiana Pacers, where we saw Jamal Murray notch his first career triple double. They were riding a 16-game win streak in games played at home before the loss to OKC and this week is all road games where on the year they’ve gone one game over 500 with an 11-10 road record.

Philadelphia is starting to look like the contender that they were thought to be before the start of the season. Trending towards being a top offensive and defensive team, Philly wrapped up their road trip with a perfect 5-0 record with big wins over the Utah Jazz, Los Angeles Lakers. Then they took down the Sacramento Kings without Joel Embiid and James Harden playing. Looking forward to their two games this week as we’ll see the return of Ben Simmons to Philadelphia and then they will host the Nuggets and hopefully we’ll see the two bigs (Embiid and Jokic) have an epic battle.

Memphis had an eleven-game win streak going before they hit the road for a five-game road trip and started 0-2, with losses to the Lakers and Suns. The team still currently ranks as the best defensive team in the league but the offense sputtered these last two games as they were up double digits against the Lakers and then against Phoenix, they shot under 50% from the field as a team. They will need to fix those woes as they face the Kings, Warriors and Timberwolves (all at least five games over 500 at home) to end their road trip before returning home to face the Pacers.

Having won six of their last seven games, the Kings now sit in third place in the Western Conference. For the month of January, the team has the league’s best offense. The lefty duo of De’Aaron Fox and Domantas Sabonis have the team rolling and will likely end the 17-year playoff drought. The Kings are the real deal but will need to pick it up defensively as they are rated 25th.

Some of the top performances this week include: 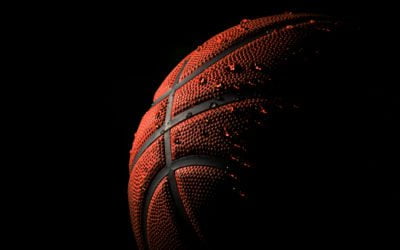