For every game that you win, you’ll still get the payout (i.e. If you bet 7,500,000 SPORTS tokens in total, you can still win a portion of that back for each game you win). If there are multiple winners, the prize pool will be split, and all bets must be cast prior to the first pitch of the first game at 1:05 pm ET on 4/1/21. Winners must contact us within 48 hours of winning.

After a shortened 2020 MLB season, the league returns to play today, April 1st. All 30 teams will take the field on Opening Day after an offseason full of blockbuster trades, high-profiled free agent signings, and questions about whether baseball will return on time.

Now, here we are with a full 162 game slate for each team with burning questions as to how the season will play out. Will the Dodgers defend their World Series title? How will All-Stars like Nolan Arenado and Francisco Lindor adjust to their new teams? Who will be the most improved and the biggest disappointment come playoff time?

We have a ways to go before all of those questions are answered, but for now, let’s focus on Opening Day and the best bets for today:

Two of the best pitchers in the league square off on Opening Day as Jacob deGrom takes the mound for the Mets opposing former fellow Cy Young winner Max Scherzer. The Mets are all in this year after trading for one of the best all-rounded shortstops in the game in Francisco Lindor. Insert his bat into a lineup featuring 2019 NL Rookie of the Year Pete Alonso and Michael Conforto and the Mets lay out a dangerous offense that could knock one out of the ballpark at any given moment. However, the Mets are also notoriously known for their lack of run support when their ace Jacob deGrom starts.

The Nationals took a step back last year in 2020’s shortened season, but after adding slugger Josh Bell via trade with the Pirates, they are gearing up to attempt to make another World Series run. They also added Kyle Schwarber to fill a hole in the outfield and added pitching depth with three-time World Series champion lefty Jon Lester. They also have one of the best young talents still in Juan Soto manning right field.

While both of these teams have no shortage of offensive firepower, they are also going up against each team’s respective ace. The Mets may have the edge on the offensive front, but I predict it will be a low-scoring affair that may be decided by only a run or two in a game featuring two dominating pitchers. In addition, the Mets are notoriously known for their lack of run support when their ace Jacob deGrom starts.

The Blue Jays made headlines when they inked former World Series MVP George Springer to a whomping six-year, $150-million contract. They also bolstered their pitching staff by trading for Steven Matz and signed infielder Marcus Semien who is looking to rebound from a disappointing 2020 season and regain his 2019 form when he finished third in the voting for AL MVP. Add two young talents (and sons of MLB Hall-of-Famers) in Cavan Biggio and Vladimir Guerrero Jr., this team can make some noise this season.

The Yankees made it a priority to keep versatile infielder and brilliant hitter DJ LeMahieu in pinstripes and they did just that when they re-signed him to a six-year, $90 million contract. Though they lost several pitchers when Masahiro Tanaka, James Paxton, and J.A. Happ departed, they managed to sign two-time Cy Young winner Corey Kluber to a one-year deal and traded for Pittsburgh pitching prospect Jameson Taillon who showed flashes of his potential back in 2018 when he went 14-10 with a 3.20 ERA before undergoing Tommy John surgery. Add in their already potent offensive sluggers in Aaron Judge and Giancarlo Stanton, the Yankees should be no stranger to the postseason come October.

Opening Day in Yankee Stadium is always a momentous affair and this one should be no different. I expect Gerrit Cole to dominate on the mound. The Yankees’ offense should prove to be too much to handle for Hyun-jin Ryu and the rest of the Toronto bullpen. Besides LeMahieu, Judge and Stanton, the Yankees boast a dangerous lineup that includes hot-hitting Gio Urshela and Gleyber Torres. Expect New York to win this one comfortably.

The defending champion Dodgers look to pick up right where they left off when they open their 2020 season in Coors Field taking on the Rockies. The real question here is this squad this year even more talented than last year’s?

Their biggest signing was inking the hard-throwing Trevor Bauer with a three-year, $102 million contract to already go with an impressive starting rotation that features Clayton Kershaw, Walker Buehler, Julio Urias, and Dustin May. They were able to re-sign third baseman Justin Turner to a two-year, $34 million contract to rejoin their murderer’s row lineup of Mookie Betts, Corey Seager, and Cody Bellinger.

Many questions surround the Rockies especially after they traded perennial All-Star third baseman Nolan Arenado to the Cardinals in the offseason for a meager return. Nevertheless, they will have to open their season squaring off against their division foe.

This may be a high-scoring affair at one of the most hitter-friendly parks in the league, but it may be only one-sided, especially with Kershaw on the mound for the Dodgers. Los Angeles should have no problem racking up the score against German Marquez who went 4-6 with a 3.75 ERA last season. The run line may not be the best odds for usual run lines, but this one may be over in the early innings.

The Braves’ biggest offseason move was to re-sign power bat Marcell Ozuna to a four-year, $65 million deal. Keeping his bat in a lineup that also features Ronald Acuna Jr., Freddie Freeman, and Ozzie Albies. They also added depth to the back end of their rotation signing Drew Smyly and veteran Charlie Morton.

The Phillies made it a point to lock up J.T. Realmuto this offseason with a five-year, $115.5 million contract – the highest ever for a catcher. Ever since they signed Bryce Harper to a massive contract before the 2019 season, the Phillies have been one of the biggest disappointments in the league, failing to make the playoffs in both years with Harper.

In what is a toss-up between two division rivals, I am going to side with the pitcher coming off a better. Max Fried pitched to an impressive 7-0 record in 11 starts last season sporting a low 2.25 ERA while Aaron Nola went 5-5 in 12 starts with a 3.28 ERA. The game can go either way, but Atlanta has more depth to their batting potency.

After another quick exit from the playoffs last season, the Twins needed a replacement for Jake Odorizzi who bolted for Houston following a disappointing 2020 campaign. They did that by signing J.A. Happ from the Yankees on a one-year deal and reunited with Nelson Cruz at the DH spot who should help fill the home run void left by Eddie Rosario who departed for Cincinnati and should complement the power of third baseman Miguel Sano and right-fielder Max Kepler.

The Brewers had a quiet offseason but notably signed two-time Gold Glove winner Kolten Wong to boost the middle field defense at second base. 2018 NL MVP Christian Yelich will be looking to make a comeback from a disappointing 2020 season as will centerfielder Lorenzo Cain. With a solid bullpen led by Josh Hader and a rotation led by Opening Day starter, the Brewers will continue to rely on their depth at the position.

In this even match-up, I’ll take the home team on Opening Day. The Brewers are 4-1 in their last five home games dating back to last season. Both starting pitching had solid 2020 campaigns with Kenta Maeda sporting a 2.70 ERA and a 6-1 record in 11 starts while Brandon Woodruff posted a 3.05 ERA despite a 3-5 record in 13 starts. In the end I’ll take the team with the more bullpen depth in what should be a high-scoring contest. 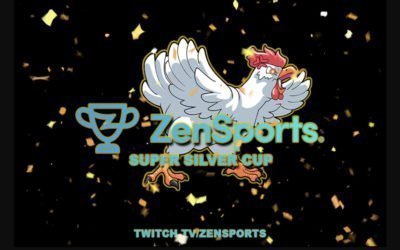 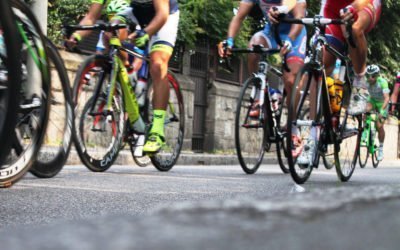