The race is coming up, but placing a wager on a NASCAR race seems a bit over your head.

Placing a bet doesn’t have to be complicated. With a few key things to look out for, you’ll be placing bets on races in no time.

In this guide, we’ll walk you through all the basics you need to know to bet on NASCAR with confidence. 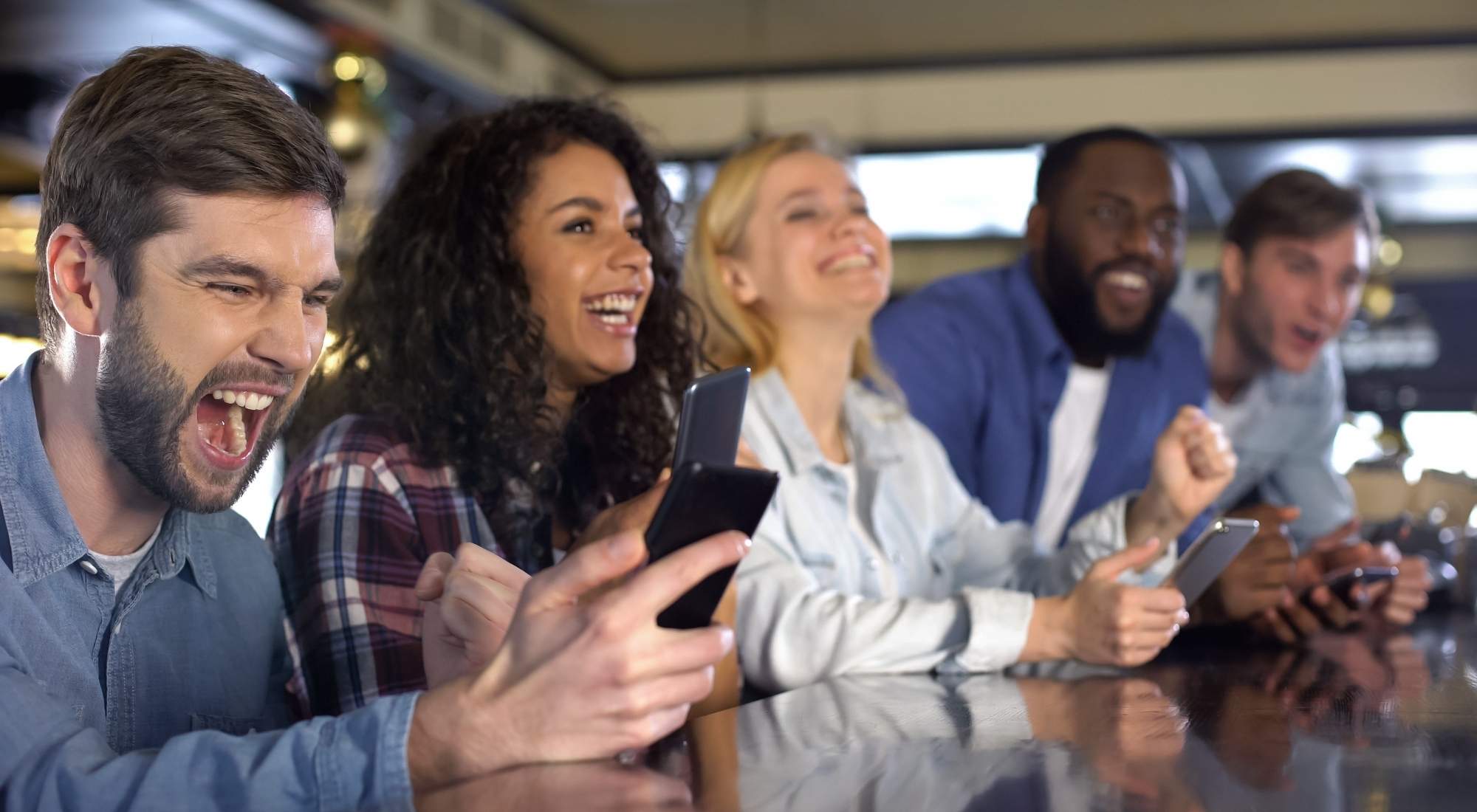 How Does NASCAR Betting Work?

Betting on NASCAR is most commonly done with an outright wager. You can also wager on a top-three or a top-five finish.

Some other popular bets are:

Keep reading to learn about the different kinds of wagers you can make on NASCAR to make even the closest race more exciting.

Betting on NASCAR is more than picking the winner of a race. Qualifying runs and pit stall selections can give some important details to inform your wager.

The number of groove tracks also matters. If the track has only one groove, in places such as …

… cars can bottle up. This can make it hard for drivers to pass other cars.

A larger racetrack such as …

… has much more room for cars to make a clean pass.

This means that the starting position is less important because there are more chances for one driver to get ahead, and fewer chances for your face to wince as you watch your pick try to pass someone. If you’re into that, we won’t judge.

Some racetracks have small pit stalls, and this leaves little room for cars to maneuver. A wide pit road lessens the likelihood of accidents.

A good starting position is not always as important as it seems. Knowing about the racetrack itself may give you key knowledge before you place a bet.

NASCAR bets are shown in American odds, also known as moneyline odds. A moneyline bet is simply a bet on who you think will win the game.

Moneyline (American) odds are expressed in positive or negative numbers.

For example: +100 or -100. A positive number means that the team or driver is the underdog. The favorite driver to win is represented with a negative number.

If you’re looking at a sportsbook for the next race or series, you’ll see odds that are centered around the amount of $100.

Where Can I Bet on NASCAR Online?

It’s important to find a sportsbook you can trust.

ZenSports is a peer-to-peer betting marketplace where you can feel secure betting on NASCAR online while knowing your money is protected. ZenSports gives each person control over which bets they make or take, using blockchain technology to keep your information secure.

Betting on a NASCAR race has never been easier.

Choosing a random driver to win is a sure way to risk losing your money. Wagering with your heart over your head is a common means for failure for rookie bettors.

Maybe you’re a die-hard Chase Elliott fan. But his last few races haven’t been going so well. Just because you have hopes and dreams of him placing first in the next race doesn’t mean your hopes and dreams will make him drive better.

You’re always welcome to throw the dart into the dark! We won’t stop you. But knowing the field and choosing a sportsbook you can trust is a good start. 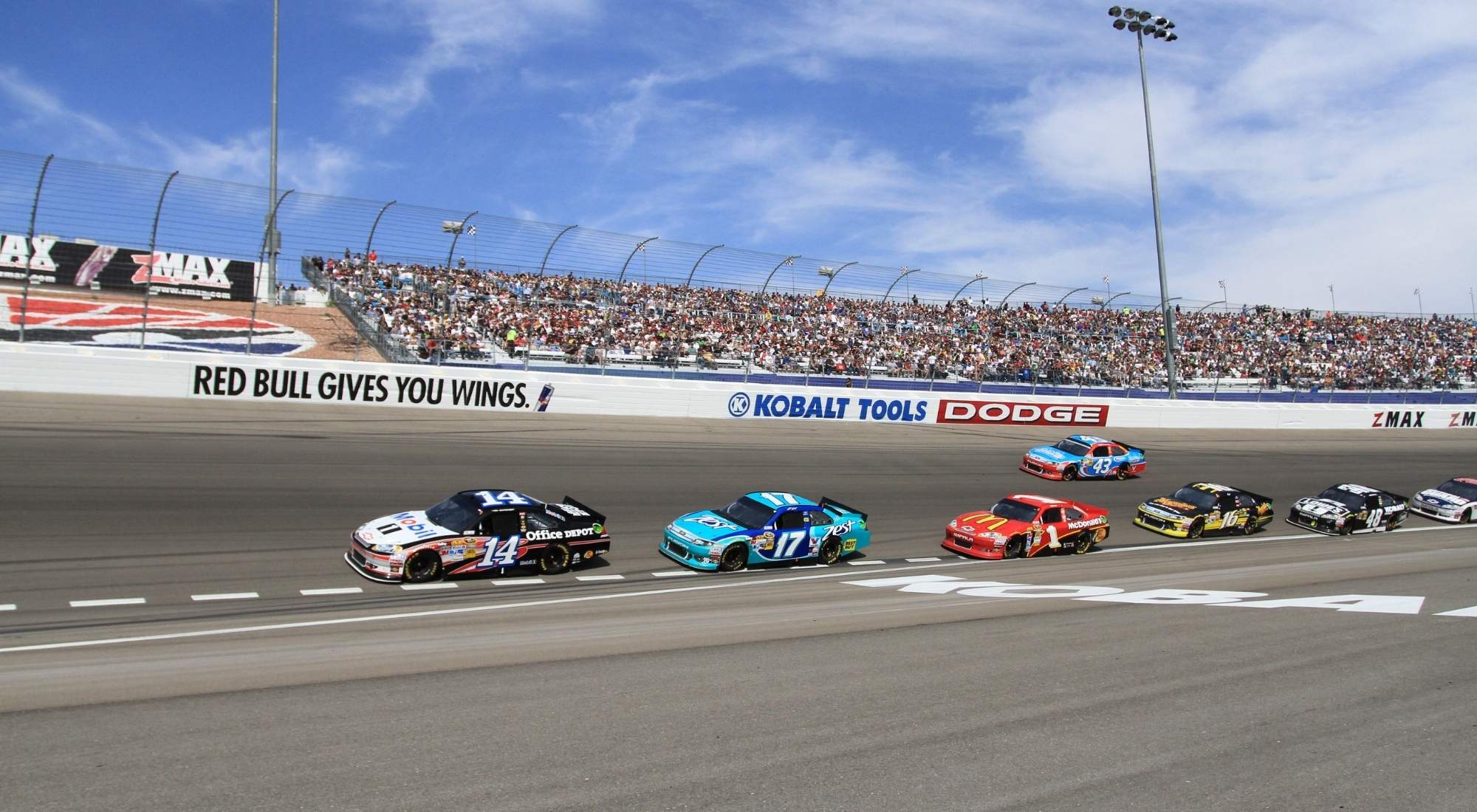 How to Bet on NASCAR Races: 10 Popular NASCAR Bets

This is the most common type of bet you will see you then wagering on NASCAR. Outright bets are simple. You simply choose the winner of the race. These bets have the highest payouts, but they’re the hardest to win.

When making an outright bet, you’ll see a list of drivers with their odds.

A prop bet, or a proposition wager, is a bet that can be made on specific outcomes.

Some popular prop bets are:

If you imagine it, you can probably bet on it.

Betting on the top three or top five, also known as a podium finish, is a prop bet.

Future bets are outright bets on which driver will win a championship or series.

Doing your research can get you far. But sometimes you want the excitement of watching your pick pull ahead, drop back, then pull ahead again on the last turn.

NASCAR group betting is another form of a future or an outright bet. Instead of choosing a driver from a long list of participants, you’ll pick a driver from a smaller pool.

Head-to-heads or matchup betting is between any two drivers.

You decide to match two drivers against each other. If you pick the driver that has the better finishing position, you win the bet. Sportsbooks will pit one driver against another and list their odds compared to each other.

You want to bet on which driver will finish higher in the NASCAR Camping World Truck Series:

If you put $100 down for Ryan Preece to place ahead of Todd Gilliland, a winning bet would give you a total payout of $180.

If you put $100 down for Todd Gilliland to place ahead of Ryan Preece, a winning bet would give you a total payout of $230.

There’s lots of flexibility in head-to-head matchups. And the odds will differ between each matchup. You may want to pick two racers that are close in skill. Or, you can choose ones that have personal rivalries. 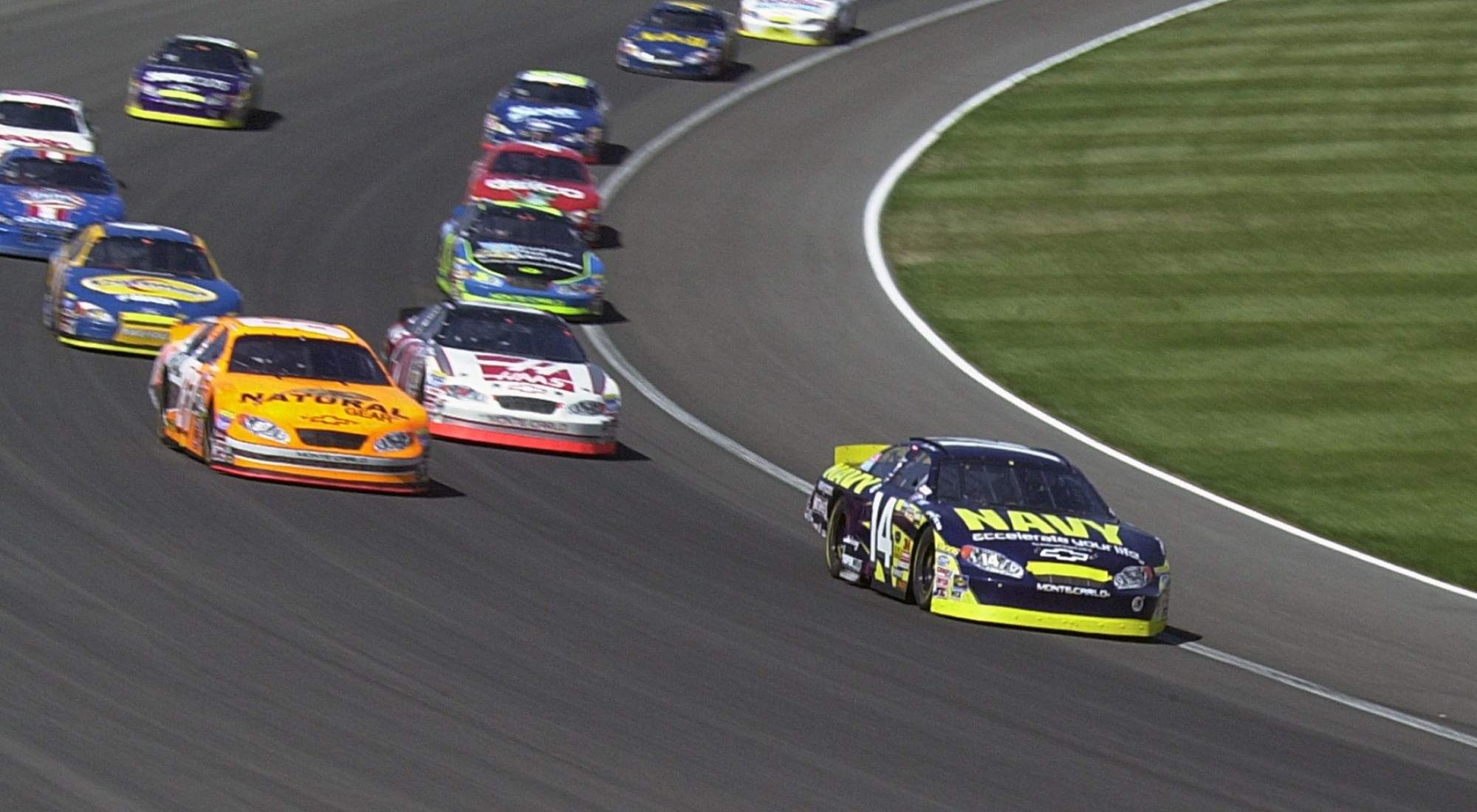 You may want to bet on which driver will win each stage of a NASCAR race. This will look like outright betting. If you choose the correct winner of the stage, you win the bet.

The fastest laps and best average speeds are posted for the public. If you’re interested, these sessions are usually broadcast on Fox Sports or other channels. You can also watch interviews with the drivers and the crew chiefs. This may give you valuable info to use in making your bets.

You can look through NASCAR to sift through qualifying averages for each track and driver.

Some events can have specialized prop bets, like the Daytona 500.

Perhaps you want a place specialty head-to-head prop bet specific to the Daytona 500. Or maybe you want to pick one driver to finish in the top 10.

NASCAR live betting or in-playing betting is placing a wager on a race as it’s happening.

You’re watching the race, and you have the urge to make an outright bet on Joey Logano to finish first. More sportsbooks are offering live outright betting and live prop bets as an option.

Popular NASCAR Races to Bet On

Here are some of the most popular NASCAR races to bet on:

How to Bet on NASCAR Online With Zensports

You may be asking, okay, so how do I bet on Nascar today?

ZenSports is a peer-to-peer marketplace available to residents outside the U.S. (we hope to change this very soon). United States residents can view NASCAR betting odds and data – but not place bets.

Fantasy NASCAR contests are available to residents within and outside the U.S.

Here are some things that set ZenSports apart from other online sport betting apps:

Bring your NASCAR experience up to the next level and learn how to bet on NASCAR today — the easy way.