Hey folks, back with some more esports content! If you missed our last blog post about esports, specifically about the upcoming schedule for June, you can check it out here. Before I get into the Blast Premier Showdown, I’d like to remind everyone about our upcoming esports webinar. You’ll learn all about CounterStrike: Global Offensive and League of Legends so you can bet strategically on esports using ZenSports. Anyone to registers for an attends the entire webinar will get 50,000 SPORTS tokens for free. You can register here.  Let’s dive into the results of the most recent esports event, the Blast Premier Showdown. The event was split into two smaller events, focused on Europe and the Americas. The Blast Premier Spring Showdown is just a small part of the Blast Premier Spring Season. For teams, the ultimate goal is securing a spot and potentially winning the Blast Premier Spring Finals, which take place later this month. The Showdown was an opportunity for three teams to secure a spot in these finals, after some teams from each region automatically secured a spot based on their performance in regular season play. In EU, FaZe, Natus Vincere, G2, Complexity, and OG all earned a spot in their regions Finals, while Team Liquid was the only NA team to automatically qualify.

Here are the results from the Blast Premier 2020 Spring Showdown :

As you might have noticed, there is no clear winner of the Blast Premier Showdown, as teams are simply vying for a spot in the Finals, which results in endless pride and features a $750,000 prize pool. You might also notice that the European play-in match, which decides the final team to win a spot in the Blast Premier Finals, has not yet been played. This match is set to be played on June 15th, between MAD Lions and Ninjas in Pajamas.

In each region, here are the teams that have thus far secured a spot in the Blast Premier Finals:

Our Thoughts: With each tournament recap that we cover, we will choose the most exciting match as well as our favorite clip from the contest. Match of the event: I think the most exciting match of the tournament came in the final round of the European bracket between ENCE and MAD Lions. ENCE is a team that has struggled in the recent past but has gradually become more dominant. They won the 2019 Champions Cup, and were considered one of the best teams in CounterStrike as a result. Their performance in the Blast Premier Showdown signals that they might be gaining steam again. The highlight of the clash was the second map of the series, played on the map Mirage. The game went into double overtime, and things got intense, given the winner was guaranteed a spot in the finals. ENCE ended up on top 21-18, giving them their second win of the best of three series and a spot in the Blast Premier Finals. Here’s the replay of the full event:

Clip of the Event: I think the real highlight of the event came in the final round of the European bracket between Ninjas in Pajamas and Team Vitality. In the 21st round of the first map, with Ninjas in Pajamas trailing 14-6, the team found themselves down to their last member, Rez. Given that Team Vitality still had four players left alive, it seemed impossible that Rez could pull off a 1 versus 4 ace. This is exactly what he did, eliminating all four members of Team Vitality, along with planting the bomb to get his team more economy. Watch the impressive play on Twitch. Thanks for reading our recap of the Blast Premier Showdown! If you have any questions or comments for us, please let us know on Facebook or Twitter. 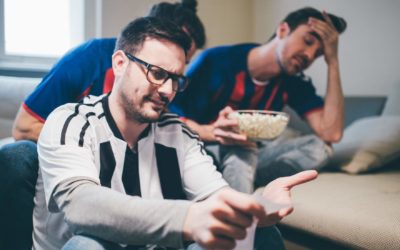 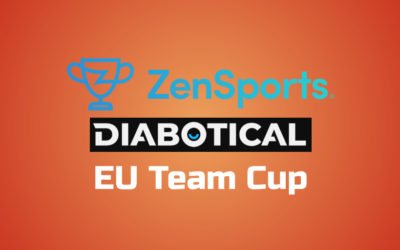 How to Buy Cryptocurrency for Beginners